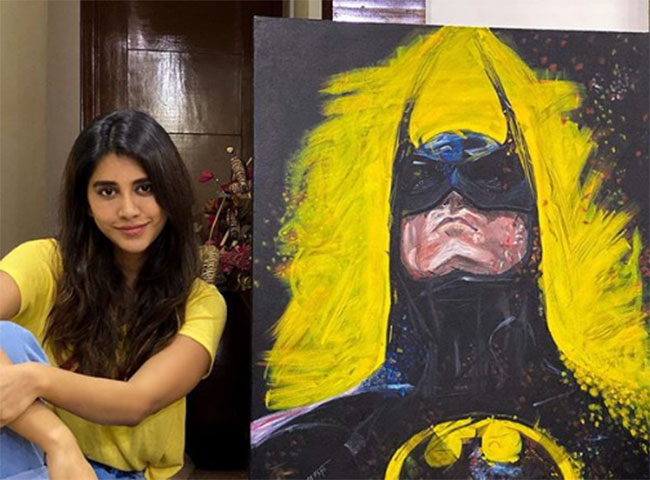 Nabha Natesh has become a wannabe actress after the hit film ‘Ismart Shankar’. She is now shooting for her next film ‘Alludu Adhurs’. It stars Bellamkonda Srinivas in the lead.Gorrela Subhramanyam is producing the film while Santosh Srinivas is directing the flick.

On the latest, this happening beauty has paid a tribute to her favourite actor or character Bat Man aka Bruce Wayne. She posted a picture of her drawings of Bat Man on her Instagram page and said that she loved the process of doing it and said that all will love the oil painting work jf they are Bat Man fan! Fans of the actress are appreciating the talent of the actress.

The actress is very much excited and waiting for the release of her next film ‘Solo Brathukey So Better’ that stars Sai Tej in the lead and is directed by debutante Subbu K.

Nabha Natesh wanted to cash in the craze of mass role in Ismart Shankar but the crisis is stopping her!