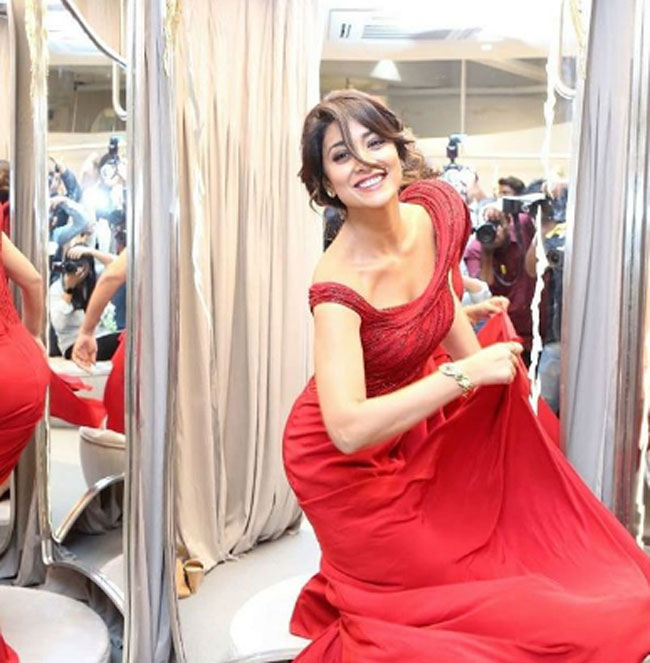 The sultry siren, senior actress in Tollywood and Kollywood- Shriya Saran is in no mood to deviate her fan’s attention from her! While many of the stars are pondering over their past missed interests, the bomb shell is giving couple goals, fitness goals and tough competition to other stars on being in touch with fans despite any films in hand! Now the actress has promoted her friend Gaurav Gupta by wearing his latest designer wear today and said that his designs are so well that she loves to wear and her fans can also purchase from the online website which she shared in the post!

Shriya is using the crisis break time to her best and seems ageless shining in that Red Gown designed by Gaurav in which her age is never felt!

Shriya Saran will next be seen with Venkatesh in ‘Narappa’, the official remake of Tamil blockbuster Asuran. The film’s shoot stalled due to the ongoing crisis. When the curtain rises to normalcy in Tollywood, we would see her in the Hyderabad circles for real. Until then enjoy watching her online!