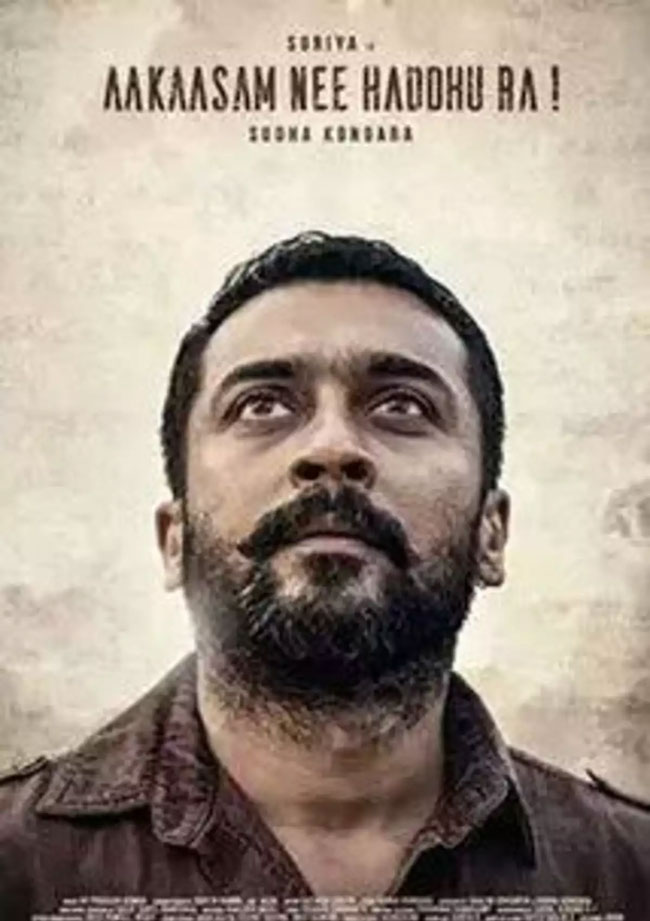 Due to coronavirus induced lockdown, many movies are being released directly on the OTT platforms. From small budget films to big budget films of various languages, several movies are queuing for direct digital release skipping the traditional theatrical release.

South star hero Suriya’s upcoming film, Aakasam Nee Haddhu Ra is brought by Amazon Prime Video for a huge amount and there are good expectations on this film. So far, many films released on OTT, but they disappointed the audience.

In this case, Suriya’s film is gearing up to release on October and movie buffs want this movie to be a big hit. As people are starving for entertainment, the digital platforms are trying their best to make happy the viewers by buying good movies. However, not all films impress the audience. We’ve to wait and see whether Aakasam Nee Haddhu Ra reaches those expectations.