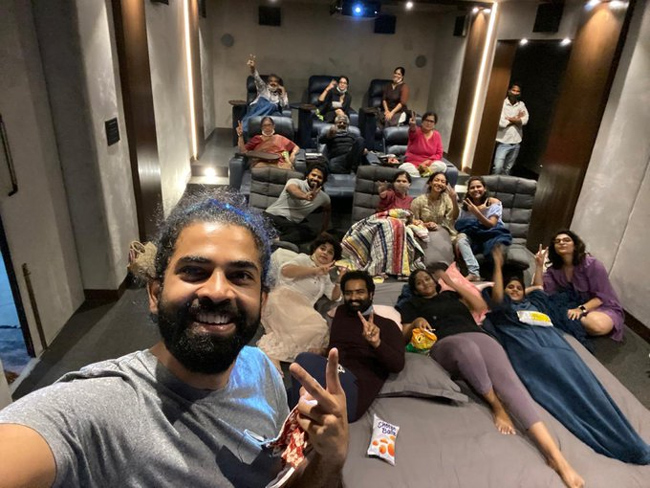 Ace director SS Rajamouli is known for his movie reviews. He comments on every film he watches and people value his opinion a lot. Not just Rajamouli but his entire family loves to watch the film on the first day.

The ‘Baahubali’ director recently had a screening of Nani and Sudheer Babu’s latest release ‘V’. His whole family watched the film together as his son Karthikeya posted a selfie. As Nani is very close to Rajamouli family, one would expect Rajamouli to post his opinion on social media. Nani was the hero in ‘Eega’ and with Prasanthi being the costume designer for ‘Baahubali’, Nani’s films always get a response from Rajamouli.

But ‘V’ got average response from all the corners and analysts claim that Rajamouli too decided to stay calm in order to draw any kind of attention from the public.