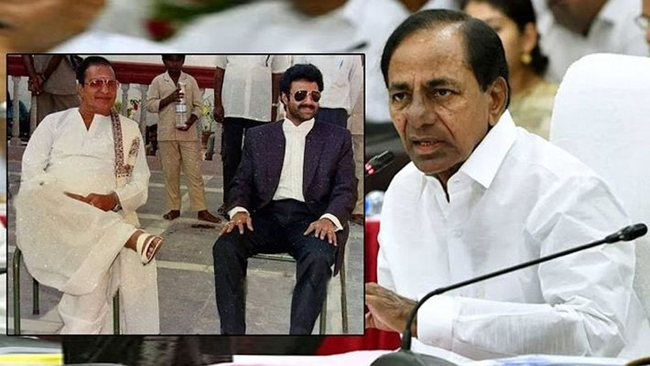 Following this, Actor and TDP leader Nandamuri Balakrishna who represents the Hindupur Constituency in Andhra Pradesh thanked CM KCR for adding a lesson on his father’s life.

Balakrishna termed the ide to add the lesson as a great decision and said the life history of his father would inspire future generations.

Talking about his father, Balakrishna said NTR is a people’s leader who highlighted the self-respect of Telugu people. He added that during his tenure, he implemented several key decisions

Despite the political rivalry, Balakrishna aka Balayya Babu shares a cordial relation with the KCR family. KCR even graced the release function of his landmark film ‘Gautamiputra Satakarni’.

The lesson on late NTR added as part of the revised syllabus gives an insight into how he left the film industry and floated the Telugu Desam Party(TDP) party in the year 1983 intending to safeguard the pride and self-respect of Telugu people.