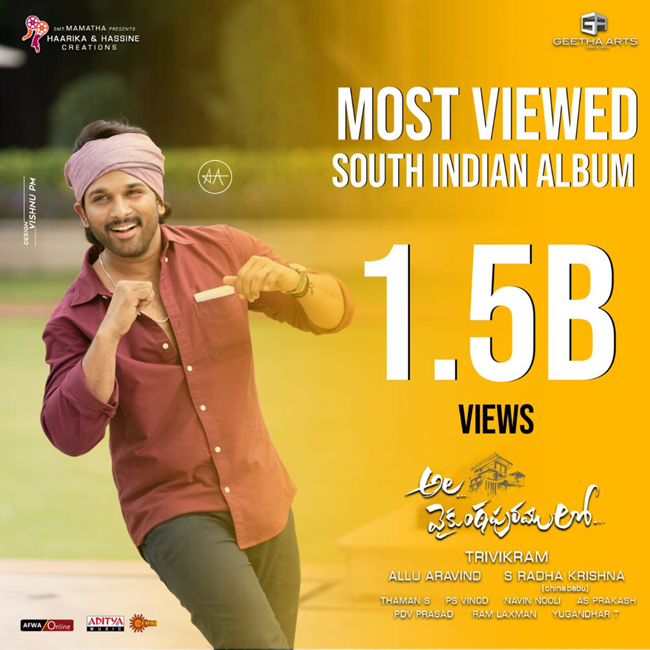 Allu Arjun’s Ala Vaikunthapurramuloo was a huge hit with both the audience and critics. The action-comedy has created umpteen non-Baahubali records and collected a worldwide share of over 150 crores in its full theatrical run. Apparently, the film is touted as one of the biggest successes ever from the Telugu film industry.

Notably, Thaman’s music played a crucial role in the success of the film. The songs became quite famous across the country and bagged several records.

As per the latest reports, Ala Vaikuntapurramulo album has amassed 1.5 billion streams on Youtube and it is the first-ever sensational record in South India.

Interestingly, AVLP has also smashed all previous records on TV as well. The film was aired on the Television and got 29.4 overall rating, which is the highest for a Telugu film. Let us wait and see if the album sets more records on its name.