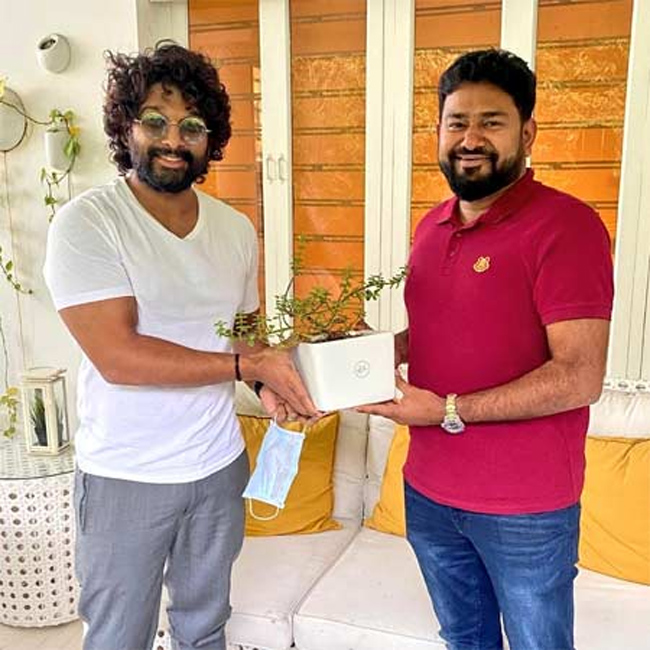 The new sensation of Tollywood, the Rowdy brand boy Vijay Deverakonda has acclaimed huge fan following post the blockbuster success of ‘Arjun Reddy’. The film ‘Arjun Reddy’ was loved by all the film fraternities too. Many Directors and Producers have thronged at the house of Deverakonda to sign huge films.

To resurrect his career the new age star has kept a decent lineup. After the ongoing Puri Jagannadh film, Vijay will join Shiva Nirvana for a film that would be produced by Mythri Movie Makers.

On the latest he has recently announced that he is all set to launch Kedar Selagamsetty, a close friend of Allu Arjun as a producer. The film would be directed by Sukumar under the new banner Falcon Films.

Recently Allu Arjun has welcomed Kedar into the industry by giving a small goodie and wished him the best!