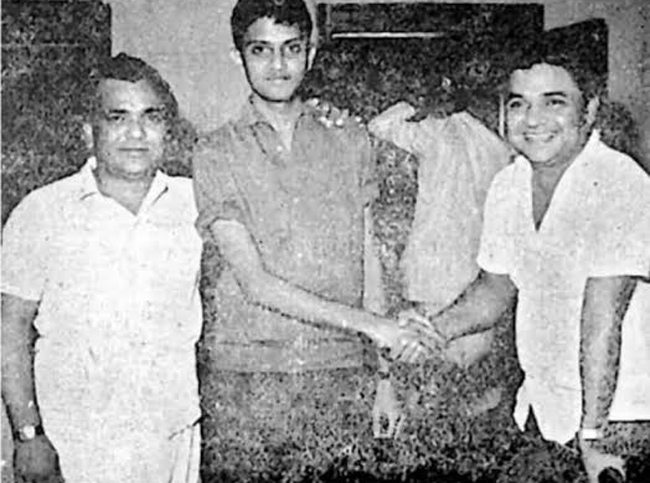 It has been a couple of days since legendary singer SP Balasubrahmanyam has left us but people are still unable to get over the fact that he is no more. His songs are being played on loop and his stage performances are being watched repeatedly.

It is not just the fans but celebrities are also reminiscing the memories of SPB. Recently, actor-director Srinivas Avasarala took to Instagram and posted a picture that was taken way back in 1966.

It was a photo of Balu along with respected actor Padmanabham and music director SP Kodandapani. It was taken after SPB recorded his first-ever song at the age of 20 for the film ‘Maryada Ramanna’. It is one of the very rare clicks which Avasarala somehow managed to find.

This pic is giving everyone a nostalgic feel and all we could do is to smile with moistened eyes.