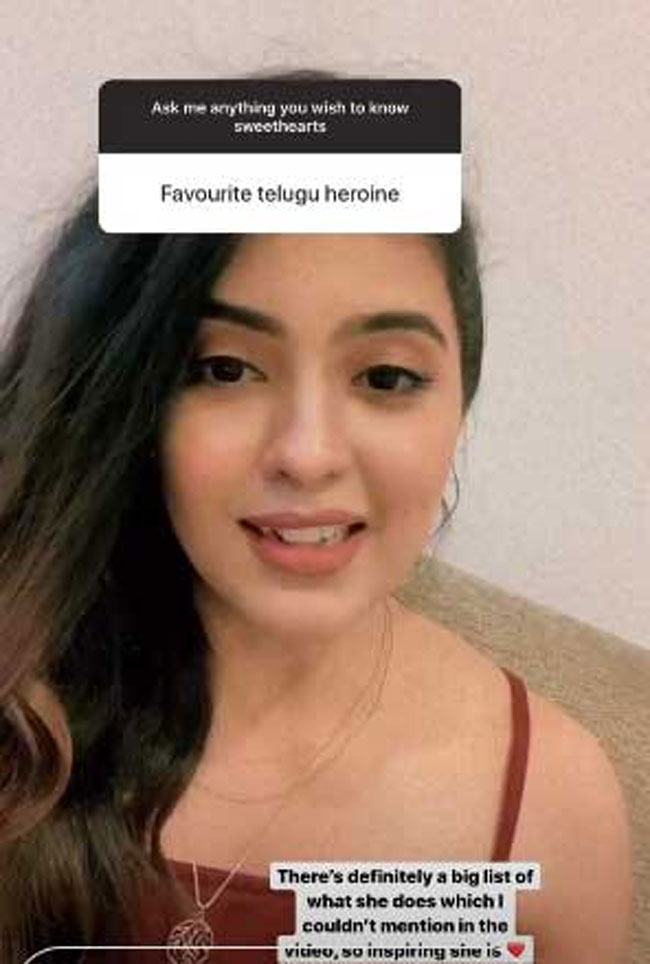 Akkineni Samantha, the Tollywood diva is known for her versatility as an actress and her choices of films like ‘Rangasthalam’, ‘Majili’ and ‘U-Turn’ which made her the star today. She has amassed popularity and fandom not only among the common audience but also among film people and more specially the upcoming actresses. One such upcoming actress who has recently revealed that she is a big fan of Samantha is-Amritha Aiyer.

Amritha Iyer is popular for her role ‘Thendral’ in the hit film ‘Bigil’. With the film becoming a huge hit and based on women’s football, she has got a good fan following in social media as well! She has opened up in a social media chat that she aspires to become like Samantha. Well. Let’s wish Amritha Aiyer all the best!