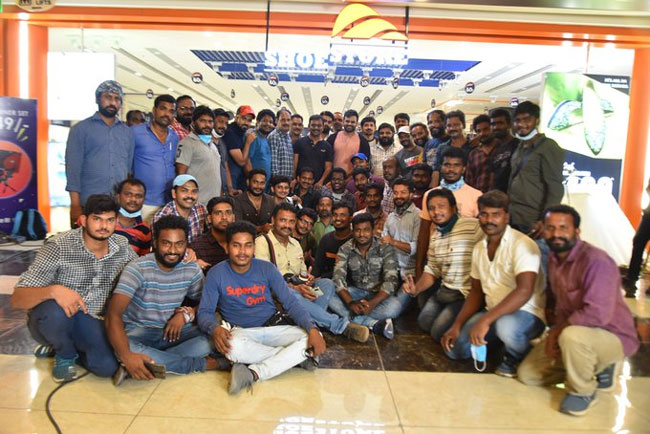 The shooting of Solo Brathuke So Better starring Sai Dharam Tej and Nabha Natesh in the lead roles has completed the shooting formalities during the pandemic.

With the ease of restrictions over limited crew shooting, the team of Solo Brathuke So Better had followed all the necessary safety protocols and completed the film in one schedule.

Taking to Twitter, Sai Dharam Tej shared a photo with the crew and revealed that they have completed the shoot of the film.

The film is helmed by Subbu and has music composed by SS Thaman. Reports suggest that the film will be released on a digital platform in October and in meanwhile, the post-production formalities will be completed.