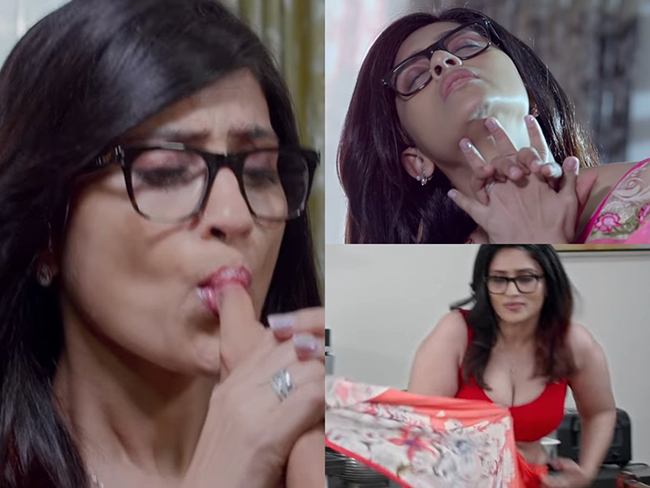 The teaser of Ravi Babu’s upcoming adult comedy titled ‘Crrush’ has been released recently and it is filled with intimate scenes, filthy jokes and a lot of skin show. Among the three actresses who acted boldly in this film, it is Sai Sudha who became the center of discussion.

The ‘Arjun Reddy’ actress crossed all the lines for ‘Crrush’. Her scenes in the trailer were too obscene and vulgar as she did a lot of bold scenes. If the trailer itself has so many adult scenes, you can imagine what the film is entirely filled with. Sai Sudha has been showcased in a sensuous manner through various angles which are inexplicable. This movie is now bringing her a lot of attention.

It was Sai Sudha who accused cinematographer Sam K Naidu of cheating her in the name of love and marriage. Her role in ‘Arjun Reddy’ was also a bold one. With all the attention on her, it is to be seen whether she gets more such steamy roles in the coming days or does she try something different.