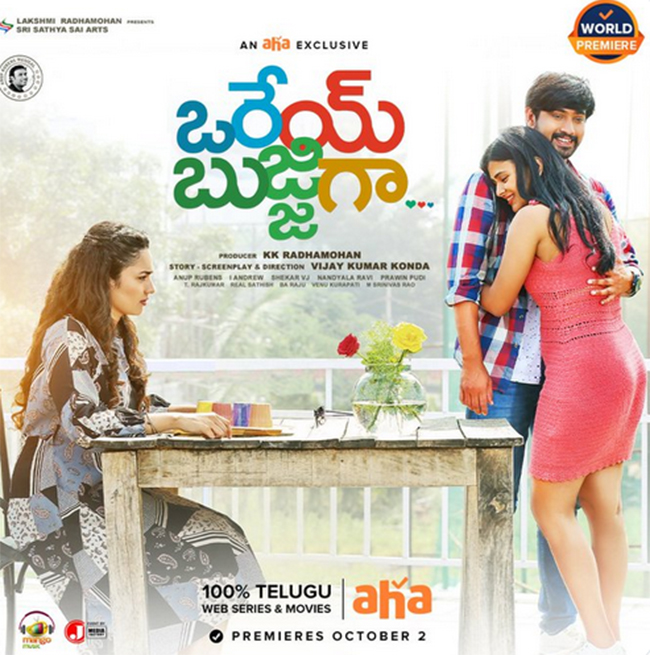 The on-going pandemic has left us all in a crisis. The demand for content on TV, OTTs has surged double the need and all the platforms like Netflix, Amazon Prime, Aha and Disney Hotstar are desperately adding content to help their audience. Even after these many efforts, demand for content is not ending and that’s where the OTTs are running back of producers.

Sources revealed that after the big film ‘V’ released on Amazon Prime, the producers of small films lost hopes on Theaters reopening anytime soon and thus are looking for OTT deals and are tempting towards the quick bucks in this crisis times.

Happening producer KK Radha Mohan who has seen gold with the dubbed film Kaithi has had big hopes on his small film ‘Orey Bujjiga’ starring Raj Tharun and scheduled it to hit screens on March 25 but that couldn’t happen due to sudden crisis.

Now the makers have clinched the deal offered by Allu Aravind’s OTT Aha for Rs 3.5 Crores and also sold the satellite rights to Zee Telugu for 1.5 Crore. As it is a small budget film, the amount can be said as nominal and the times are like that!

‘Orey Bujjiga’ stars Malavika Nair and Heebah Patel in the lead and is directed by Konda Vijay Kumar of ‘Gunde Jaari Gallanthayindey’ fame.