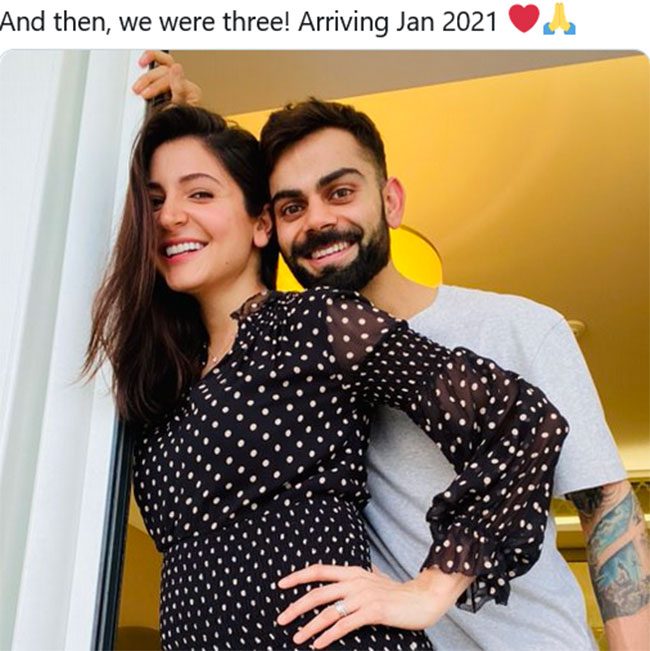 Bollywood’s star heroine Anushka Sharma took to social media and proudly announced that she is pregnant. She posted a picture with a baby bump which is going completely viral. Her husband and Indian cricket team’s captain Virat Kohli is standing behind her. The beaming smile on both of their faces explain how happy and excited they are about their baby.

Anushka wrote, “And then, we were three! Arriving Jan 2021.” The baby is due on January and the star couple is currently in UAE as Virat is gearing up for the 12th season of Indian Premier League. This sweet news is bringing joy to both Cricket as well as Bollywood worlds.

Many questioned the reason behind Anushka not accepting any films in the recent past and we have an answer now. We wish nothing but happiness and love for Virat Kohli and Anushka Sharma who are going to be parents soon and enter a new phase in their lives.