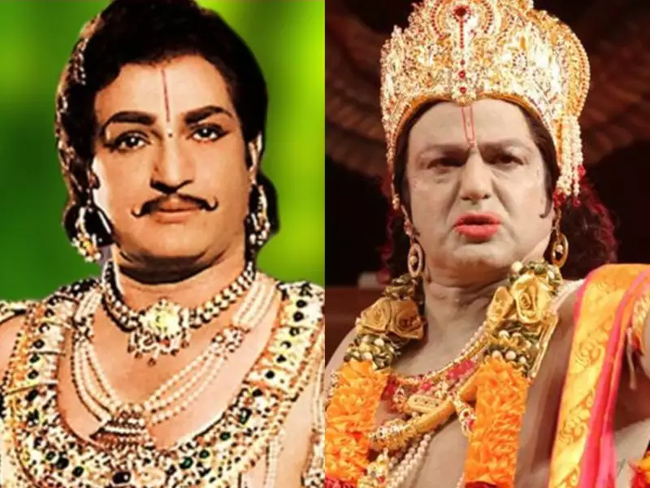 Actor-turned-politician, Hindupur MLA Nandamuri Balakrishna idolizes his father, legendary actor NTR. He never misses an opportunity to highlight how his father balanced acting and direction. Whenever he holds a mic, he shares some or the other information on incidents of late NTR.

Today is the 98th Birth Anniversary of Nandamuri Taraka Rama Rao. Following this, Balakrishna visited the NTR Ghat in Hyderabad and paid tributes to his father, and spoke to the media. Addressing the media, he shared his idea of writing a book on his father.

The Nandamuri scion said that he is gearing up to write a book on his father. Saying that he has been demanding to include the life story of his father in the textbooks and placed the demand for one more time on this occasion.

Balakrishna acted in a biopic of his father, NTR, which was made in two parts. N.T.R. Kathanayakudu and NTR: Mahanayakudu traces the film career and political journey of Anna Garu respectively. Balakrishna impressed everyone with his acting skills, but the biopic remained as a flop at the box office.

On the work front, Natasimha will be seen next in action entertainer Akhanda. Boyapati Srinu and Balakrishna have joined forces for the third time for Akhanda. For the first time, Balayya Babu will be seen as Aghora. Miryala Ravinder Reddy is bankrolling the project under the banner of Dwaraka Creations. Pragya Jaiswal is playing the female lead in Akhanda.