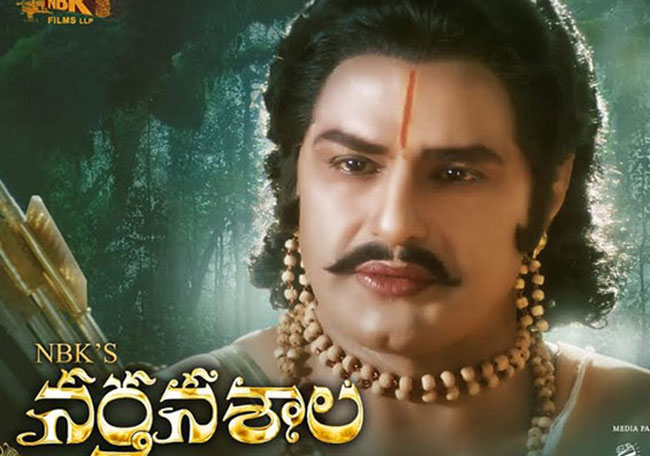 Nandamuri senior hero Balakrishna’s dream project ‘Narthanasala’ was started years back but it got shelved due to unexpected circumstances. It was directed by Balakrishna himself and it is produced under his own banner ‘NBK Films’.

The first look poster of this mythological epic is out now. Balakrishna is seen as Arjuna in this poster. This film will be releasing on 24th October directly in Shreyas ET. It will be released in this ATT platform which runs on a pay per view model. As we know, ‘Narthanasala’ is a classic film where legendary Sr NTR played the main lead.

Fans of Balakrishna are in for a treat this Dusshera festive season as their matinee idol is coming directly to their homes to entertain them. On the other hand, his film with Boyapati Sreenu will be restarting soon. The teaser got a tremendous response and Thaman is composing music for this mass entertainer.