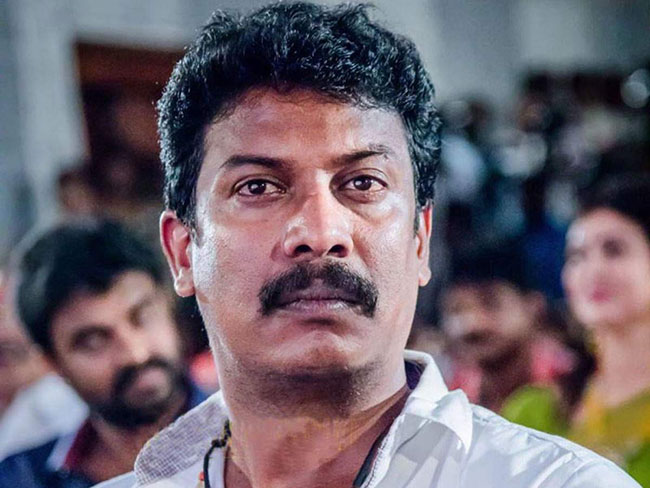 After memorable films like ‘Aarya’ and ‘Aarya 2’, the dynamic duo of Allu Arjun and Sukumar are back together for ‘Pushpa’. Both Bunny and Sukumar are coming after blockbusters like ‘Ala Vaikunthapuramlo’ and ‘Rangasthalam’ respectively and the expectations are over the roof on ‘Pushpa’.

Touted to be a rustic rural drama based on red sanders smuggling, ‘Pushpa’ is a pan-Indian film releasing in five languages. The team roped in Vijay Sethupathi to play a crucial police officer role in this movie. But with continuous delays and clash in schedules, the Tamil star hero backed out of this project and sources say that Sukumar is planning to bring Samudrakani on board for this role.

Samudrakani is a national award-winning actor who was last seen in ‘Ala Vaikunthapuramlo’ in Telugu. His presence would bring a lot of weight to this film. Bollywood hottie Urvashi Rautela is expected to do a special number in this film while Rashmika Mandanna is the leading lady. She reportedly plays the role of a tribal girl in this flick. DSP is composing the music while Mythri Movie Makers are producing this flick. The shooting is expected to kick-start soon.