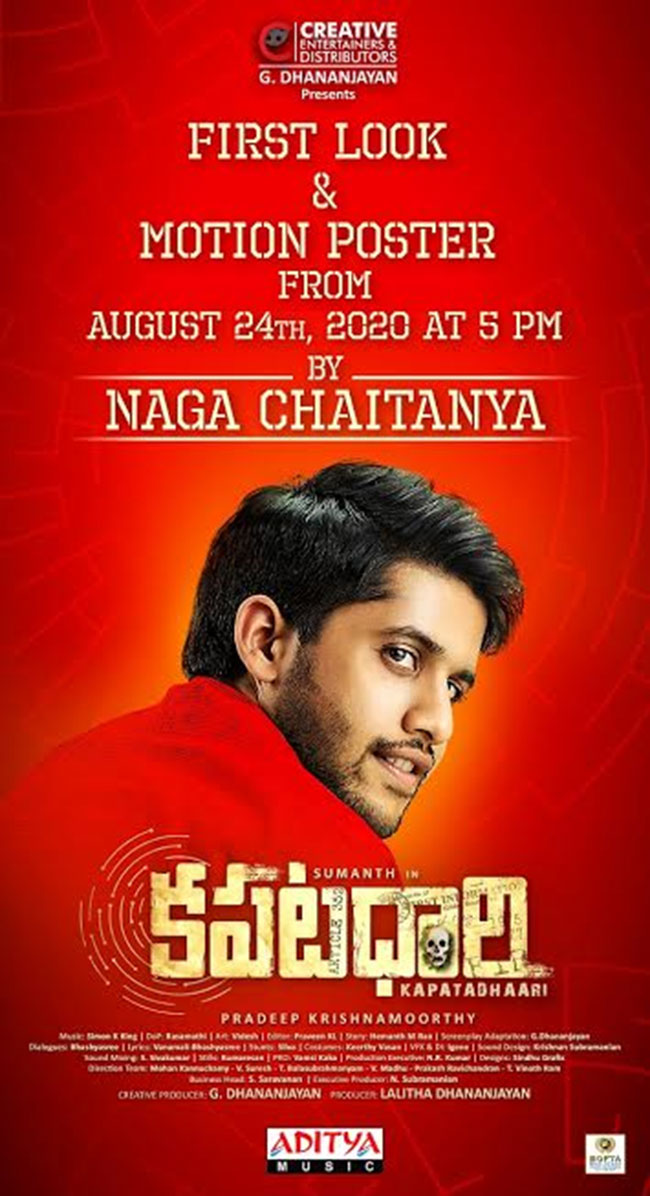 Hero Sumanth who made a good impression in the early stages of his career with hits like ‘Satyam’ and ‘Godavari’ failed to go to the next level due to his wrong choices. He gave a decent comeback with ‘Malli Raava’ is now coming up with another film titled ‘Kapatadhari’.

The first look poster of this film will be released on social media at 5 PM in the evening by Naga Chaitanya. Along with the first look, a motion poster will also be coming out. The team released an announcement poster with Chaitanya’s photo in it.

Produced under Creative Entertainers & Distributors banner, ‘Kapatadhari’ is directed by Pradeep Krishnamoorthy. Music is given by Simon K King and Rasamathi is the director of photography. The title logo looks interesting with a skull and ‘Article 352’ imbibed in them. The film is expected to be an interesting thriller.