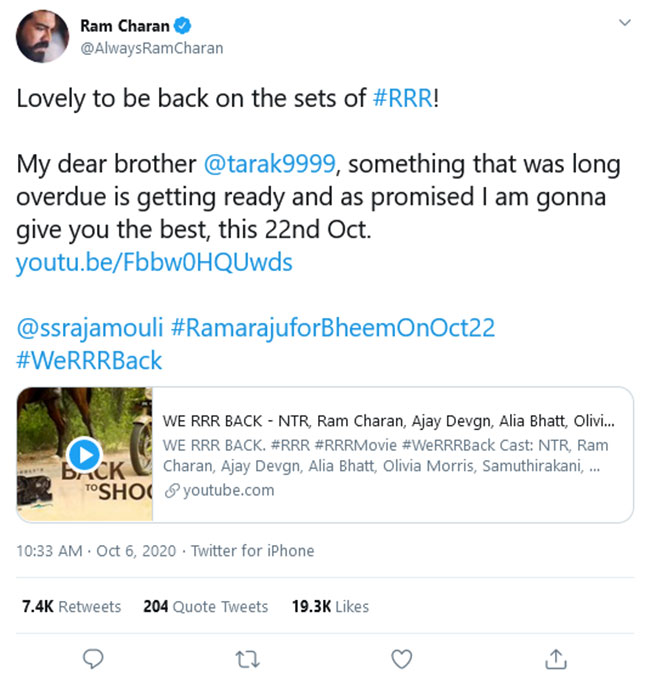 Fans of young tiger NTR have been so patient from the past couple of months. Their hero completely dedicated himself to ‘RRR’ for the past two years and they did not get a single update from Rajamouli and his team about Tarak. The makers did not even release the first look of NTR on his birthday which disappointed many but they believed in Rajamouli and his vision and stayed claim.

All their patience is getting its reward as the special video of NTR’s character in ‘RRR’ is coming out on 22nd October. ‘RamarajuForCharan’ is coming our way and not just fans but the entire film industry is pumped up about it. Ram Charan took to Twitter and confirmed it and promised Tarak by saying, ‘Lovely to be back on the sets of #RRR! My dear brother @tarak9999, something that was long overdue is getting ready and as promised I am gonna give you the best, this 22nd October.’

Tarak replied, ‘Excited to be back on the sets Jakkana @ssrajamouli ! @AlwaysRamcharan FINALLY bro Can’t wait!!!.’ Let us wait and see if this video quenches the thirst of NTR fans or not.