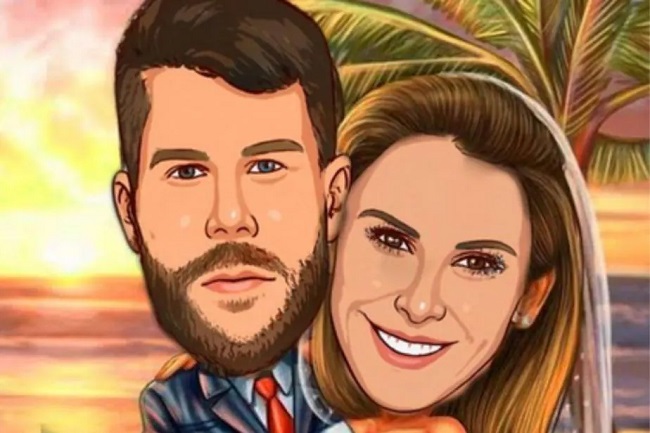 David Warner has surprised SRH fans and his followers by sharing a romantic message to his wife. The surprise is that Warner shared the message in Telugu, for Candice Warner, his wife.

Taking to Instagram, David Bhai, fondly called by SRH fans, shared a cartoon of himself and his wife. In the cartoon, the batsman can be seen lifting his wife. “Nenu Ninnu Premistunnanu,” he captioned the post.

David Warner’s post received over 8 lakh likes and more than 10,000 comments. While SRH fans are appreciating his love towards the Telugu language, fans from other languages were in splits as they are unable to crack it.

Afghanistan spin bowler Rashid Khan, who also plays for SRH has failed to understand it and commented “What’s meaning of it @davidwarner31”.

When the lockdown was imposed in almost all the countries, during the first wave of the novel Coronavirus, David Warner made a lot of Tik Tok videos on famous Tollywood films and songs. During India’s tour of Australia, David Warner danced for the famous song ‘Butta Bomma’ from ‘Ala Vaikunthapurramuloo’ during the first ODI played at Sydney ground.