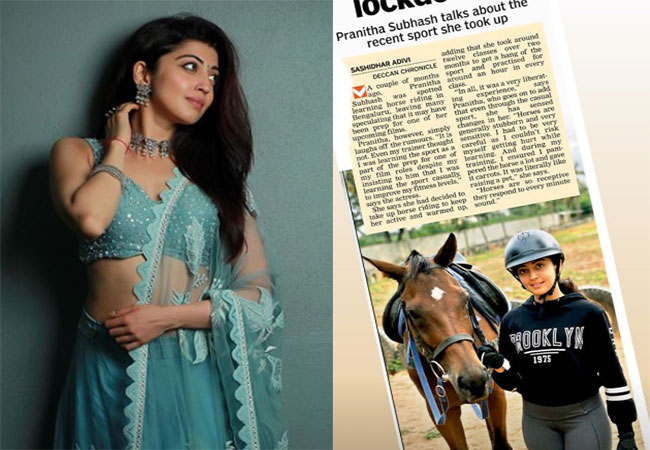 The film stars were all confined to their homes for six months during which the coronavirus effect was more. Some spend their free time with family while others use it to learn new things.

Pranitha Subhash made her acting debut with the 2010 Kannada film Porki. The 28-year-old actress has been winning hearts with her on-screen performances ever since she entered the showbiz.

On the work front, she will next be seen in Ramana Avatara, Bhuj: The Pride of India and Hungama 2.