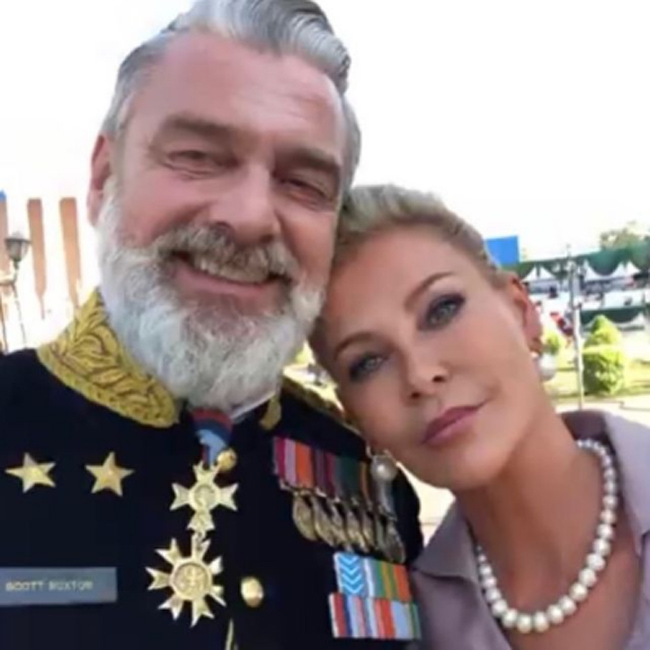 SS Rajamouli’s upcoming period drama “RRR” has resumed the shoot from the second week of October in Hyderabad. We are aware that the makers of the film have roped Irish actors Alison Doody and Raj Stevenson to play pivotal roles. The duo has entered the sets of RRR in the first week of November and now they are making their presence felt.

Raj Stevenson will be seen as British military general Scott while Alison Doody is essaying the role of his wife. Alison is known for her portrayal of Elsa Schneider in Indiana Jones and the Last Crusade (1989).

Now, Alison Doody took to her Instagram and shared a selfie which she took with her Ray Stevenson from the sets of RRR. Sharing the photo, she wrote, “Scott and Lady Scott on the sets of RRR”. The picture is now doing the rounds on the internet.

Set against the pre-independence era of the 1920s, RRR is a fictional tale that features Ram Charan and Jr NTR in the lead roles. The film is being made on a massive budget of Rs 450 crore with star cast like British actress Olivia Morris and Bollywood actors Alia Bhatt and Ajay Devgn, Shriya Saran.