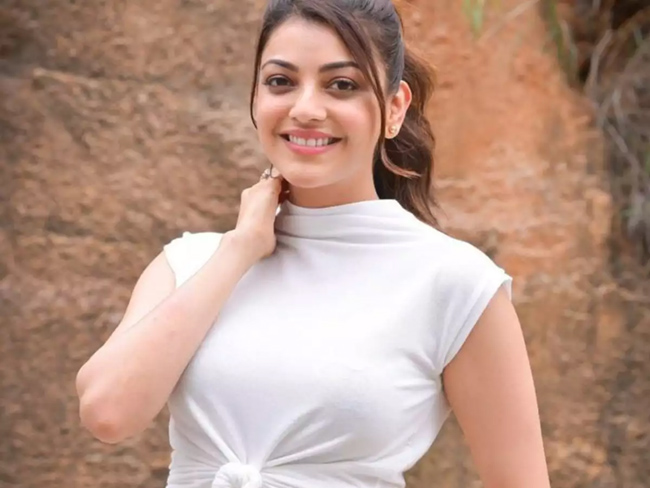 Star beauty Kajal Aggarwal and her husband Gautam Kitchulu entered the wedlock in a fairytale wedding in Mumbai last month. Soon after tying the knot, the adorable couple jetted off to popular tourist destination ‘Maldives’ and had a short and sweet honeymoon there.

Just like most of the girls, Kajal also wanted Gautam to propose her in a filmi way by getting down on the knees and proposing her for the marriage.

In her latest interview, Kajal talked about her relationship and how things were shaped before the wedding. The 35-year-old actress was expecting the proposal from Gautam as she knew beforehand that Gautam spoke to her parents and got their permission before proposing her. But the Magadheera actress told Gautam that she was not going to marry him until he went down on his knees.

“So, it was not too much of a surprise. We had discussed it first and before speaking to me, he spoke to my dad. So, I knew what was coming. But I told him I was not going to marry him until he went down on his knees,” Kajal said.

Kajal further said that her husband is the most non-filmi person she has ever met. He doesn’t even watch movies until she makes him sit down and look at the screen.

On the professional front, Kajal Aggarwal will next be seen in Mumbai Saga, Acharya, Mosagallu, Hey Sinamika, Paris Paris and Kamal Haasan’s Indian 2.