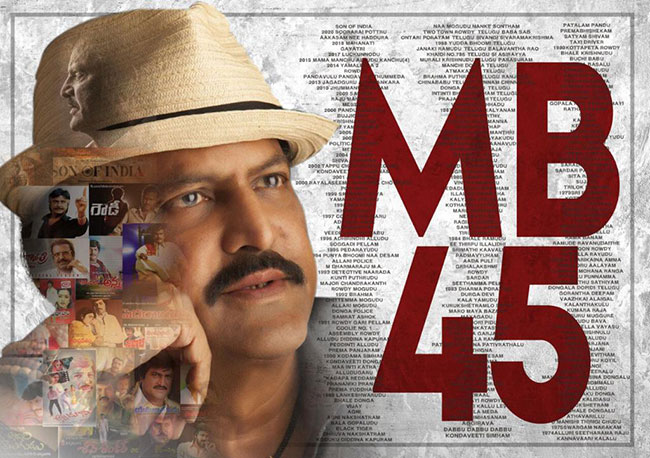 His first film as a lead hero ‘Swargam Narakam’, directed by Dasari Narayana Rao was released on this day in 1975. He got a lot of attention for his film Pedarayudu (1995) which was directed by Ravi Raja Pinisetty.

In a career spanning across four decades, Mohan Babu has featured in more than 575 movies and has received two Filmfare Awards and two South Indian International Movie Awards. He has been honoured with the prestigious Padma Shri Award in 2007 for his contribution to arts and education. He acted in various languages like Telugu, Tamil, and Malayalam.

On this special occasion, Mohan Babu’s fans are wishing the 68-year-old actor on achieving this remarkable milestone. Social media is flooded with messages from his fans, well-wishers and friends wishing the actor.