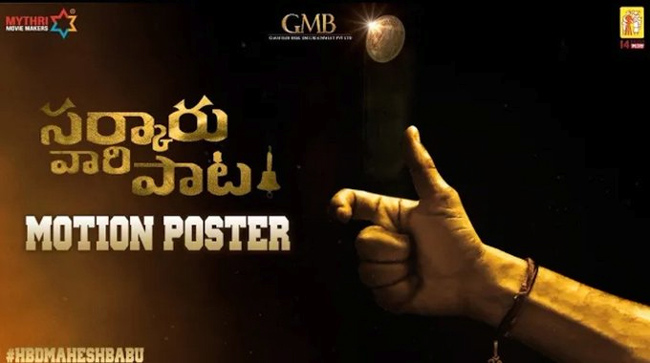 From the past few years, Mahesh Babu is making message-oriented films that are filled with commercial elements. His last attempt at a full-fledged commercial film was ‘Aagadu’ which failed badly. But his fans are still waiting for a perfect commercial film loaded with mass elements.

Though ‘Sarileru Neekevvaru’ was a commercial film in the outlook, it had an underlying message. Fans hoped that ‘Sarkaru Vaari Paata’ would quench their thirst but sources say that it follows Mahesh’s regular formula. After the release of pre-look, many thought that Mahesh would put a brake on his regular style but insiders say that ‘Sarkaru Vaari Paata’ will have everything fans wish for along with a good message. We need to wait and see if this turns out to be true or not.

‘Geetha Govindham’ and ‘Solo’ fame Parasuram is directing this film. Mythri Movie Makers and 14 Reels Plus banners are bankrolling this project along with GMB Entertainments. Thaman is the music composer while Keerthy Suresh is expected to be the female lead.