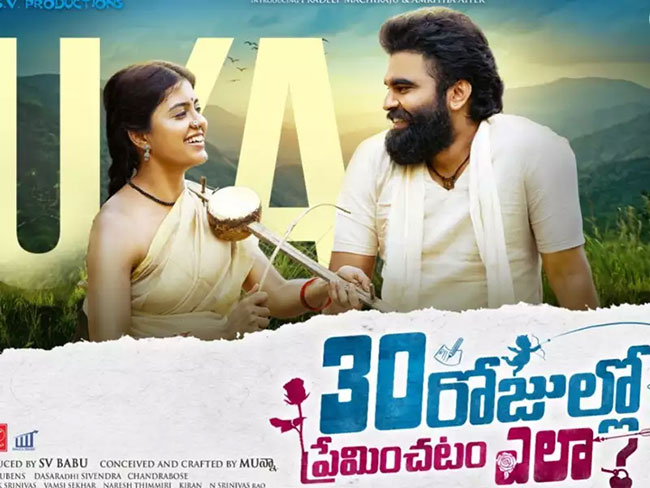 Popular and talented television host Pradeep Machiraju made his entry as an RJ and soon stepping into the television arena. He instantly became popular because of his witty and spontaneous hosting. He handles a couple of popular shows on various television channels and is undoubtedly the top male anchor in the Telugu industry.

He did a couple of small roles in films like ‘Julayi’, ‘Attarintiki Daredi’, ‘100% Love’ and others but he planned to make his debut as a hero with ’30 Rajullo Preminchadam Ela?’. The film created a lot of buzz among the public thanks to the ‘Neeli Neeli Aakasam’ song. The movie was all set to hit the screens by the end of March but the lockdown shattered Pradeep’s plans completely. Nine months passed by and there is no news regarding this film.

Many small movies have released on OTT platforms in order to recover their investment. Even a couple of star hero films across India too went the OTT way. But the team was hell-bent on releasing it in theatres and they refused the offers from digital platforms. But the theatres have not opened till now and Sai Tej’s film which releases on Christmas will be the first theatrical release.

There are a lot of films lined up for Sankranti which means that Pradeep’s film may not get enough theatres. Many people are reportedly advising Pradeep to take the OTT route as many people can watch it. Pradeep has good women following but it will be tough for them to walk into theatres during this time. It is to be seen what ’30 Rojullo Preminchadam Ela?’ team decides in the next couple of weeks.