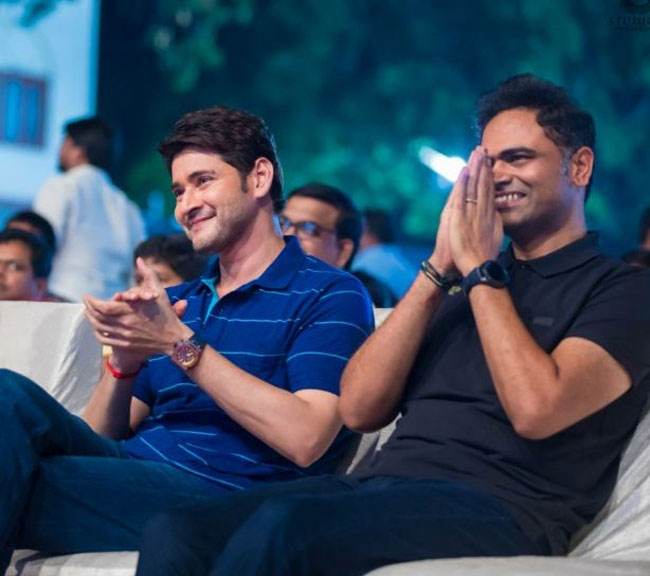 Superstar Mahesh Babu recently scored a hattrick and his fans are very happy over it. He announced ‘Sarkaru Vaari Paata’ under the direction of Parasuram and the pre-look posters got a huge response. The shooting of this film is yet to begin and people are already discussing about his upcoming projects.

It is known that Mahesh will be teaming up with Rajamouli once they both finish their current commitments. Mahesh decided to make another film after ‘Sarkaru Vaari Paata’ before Rajamouli gets out of ‘RRR’ and many directors are being considered. But one name is not being heard and it is his ‘Maharshi’ director Vamsi Paidipally.

This successful director who made films like ‘Brindavanam’, ‘Oopiri’, ‘Yevadu’ and ‘Munna’ in the past was supposed to work with Mahesh for the 2nd time as soon as ‘Sarileru Neekevvaru’ is finished. But Mahesh gave chance to Parasuram and there was talk that Vamsi will join hands with the superstar after this film. But recent rumors suggest that Mahesh is not considering this director at all. If this is true, we need to find out what is the reason behind Mahesh leaving Vamsi.