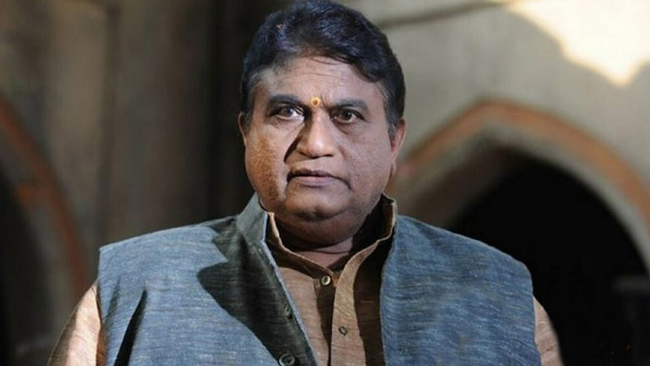 Tollywood’s popular Character Artist, Antagonist and Comedian Jaya Prakash Reddy (73) succumbed to death due to cardiac arrest in his bathroom this morning in Guntur.

The actor has made a big name for himself in the Telugu Film Industry with wide variety of roles but amassed special recognition and fans due to his Rayalaseema dialect in the dialogue delivery in many of the hit films.

His dialogues are so popular that even the present generation cinema lovers use his picture to generate fun through memes and fun pages.

He debuted in films with Brahma Puthrudu.

Jaya Prakash Reddy is popular for his roles in films like Preminchukundam Ra with which he got the big break and ever since he was seen as the antagonist in all the faction based action dramas in all the big star films like Indra, Jayam Manadera, Samara Simha Reddy, Chenna Keshava Reddy, Dhee, Kabaddi Kabaddi, Ready, Nayak, Kick and Sarileru Nikevvaru to name a few.

From that serious villain to ace comic actor his sudden shift has entertained the audience and all credit goes to Srinu Vaitla who used the actor to the fullest to churn comedy in Rayalaseema dialect. Later he was used in full potential by directors VV Vinayak and Harish Shankar and Anil Ravipudi to name a few.

His legacy remains untouched and Telugu Film Industry may not see such a performer in the near future. Telugu Industry mourns the death of an iconic actor and so are the movie lovers!