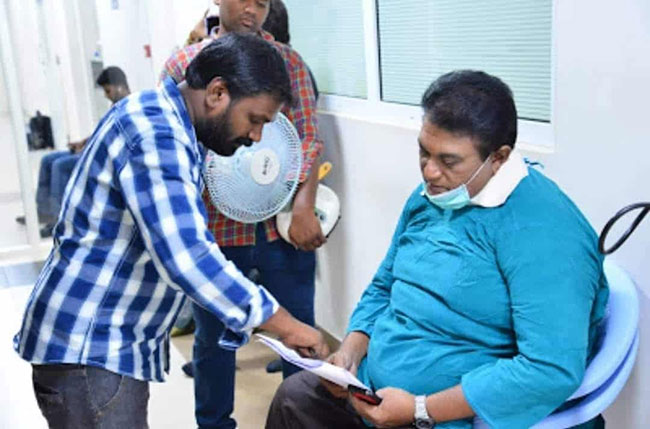 The sudden demise of senior actor Jayaprakash Reddy has left the entire Tollywood shocked. JP was an extremely talented actor who can play any kind of role with ease and perfection. Be it the main villain or a comedy character, he can mould himself into any character quite easily.

Now what we bring you is JP’s last picture from the shoot in Hyderabad. The picture was clicked in July after he stepped out to participate in a film shoot. He came to Hyderabad from Guntur and started taking part in shootings.

Jaya Prakash Reddy made his film debut, when he was in his 40s, with Venkatesh and Rajani’s 1988 film Brahma Puthrudu. However, he didn’t find many opportunities after this film and he moved to Guntur in 1992. After this, he made his comeback with Ramanaidu’s help. He was last seen as Prakash Raj’s father in Mahesh Babu’s Sarileru Neekevvaru.