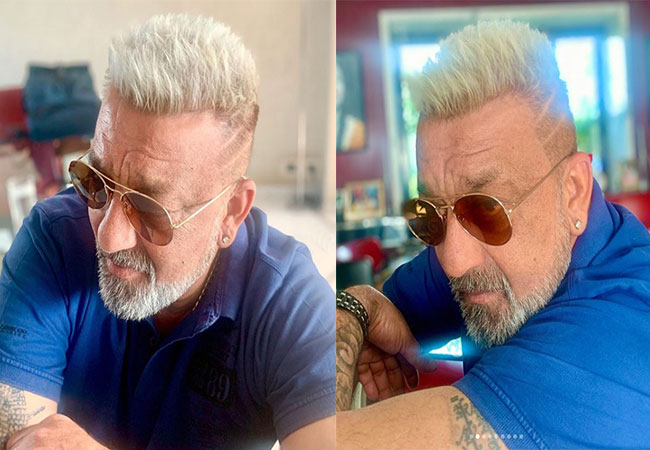 Bollywood superstar Sanjay Dutt has beaten cancer and spending a happy time with family now. The 61-year-old actor appears better healthwise and it is great news for his fans who were extremely worried when he was undergoing cancer treatment.

The veteran actor has now opted for a new look to celebrate his recovery. The actor’s close friend, hairstylist Hakim Alim, has shared some pictures of social media which show that Dutt is looking fit as a fiddle. He opted for a short-cropped platinum blonde hairdo and maintained a stylish beard.

On the work front, Sanjay Dutt has recently joined the sets of much-awaited KGF: Chapter 2. He will be playing the antagonist role in the flick.