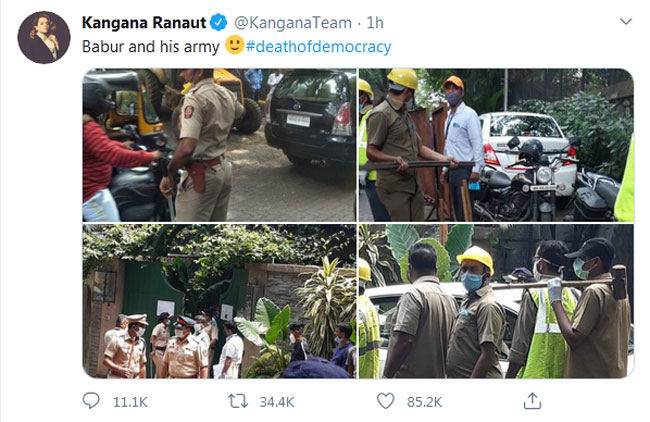 Actress Kangana Ranaut is on a war with Maharshtra Government yesterday and has challenged the Maharshtra government saying that you can investigate my call data and if found any contacts of drug dealers will leave Mumbai.

Today the BMC started demolishing Kangana’s house and in this regard Kangana tweeted sayingvher house is like Ram Mandir and today itvwas demolished by Babur and gang. My spirit only gets rising anf strong with this mean acts! She is all set to land in Mumbai today!

Recently the Home Minister of Maharashtra, Anil Deshmukh said that Mumbai Police would arrest Kangana any time soon and a drug test will be taken on her as per the complaints registered by two Shiv Sena MLAs Home Minister concluded.

Few days back, the actress even warned the people of Mumbai and some random guys who threatened her not to step in Mumbai that gave work to her.