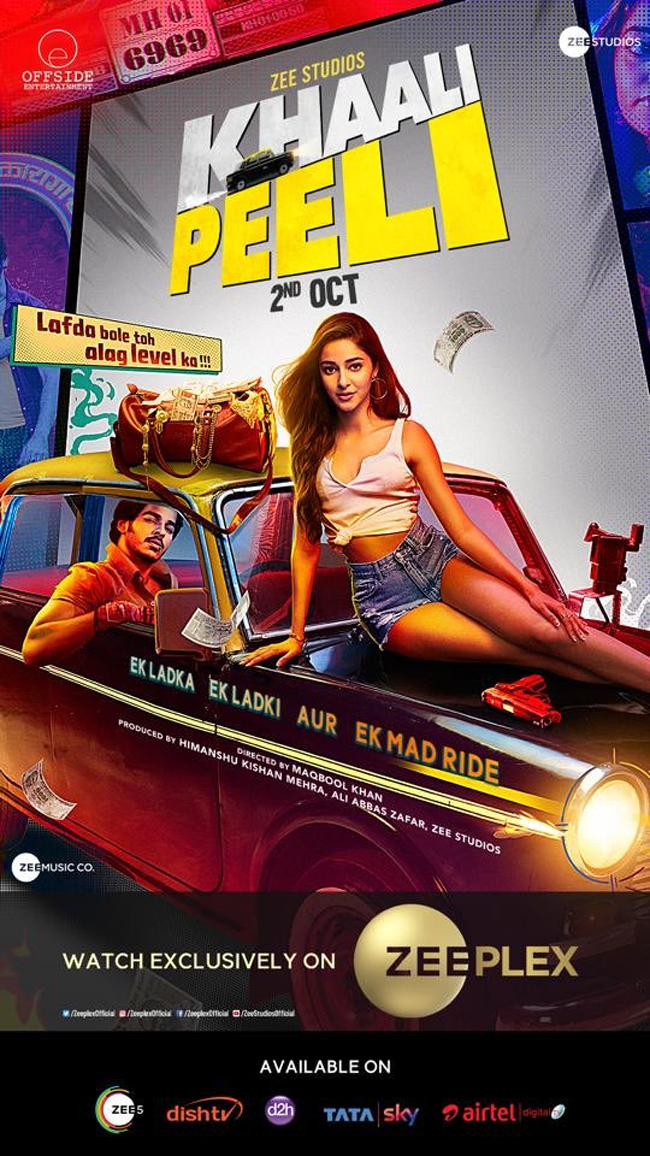 Shahid Kapoor’s younger brother Ishaan Khatter and Chunky Panday’s doting daughter Ananya Pandey have worked on a movie together titled ‘Khaali Peeli’. Directed by Maqbool Khan, ‘Khaali Peeli’ is a crime comedy with a lot of action and romance. The trailer looked quite promising despite the number of dislikes it got and the makers of this movie have opted for an OTT release.

‘Zee Plex’ which is an extension of ‘ZEE5’ has reportedly acquired the film’s streaming rights and Bollywood media claim that ‘Khaali Peeli’ is the first film in Hindi to be streamed on a pay-per-view basis. The movie will be premiered on 2nd of October and it will be coming on ‘ZEE5’ after a few days of its release.

The makers are quite confident about this film and both Ananya and Ishaan are sharing good chemistry in the songs. We need to wait and see how the film turns out.