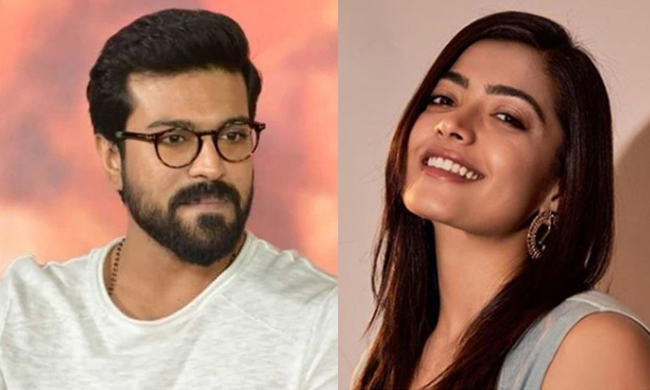 As we are aware, Megastar Chiranjeevi is working with blockbuster director Koratala Siva on a social drama titled ‘Acharya’. The first which released a few weeks back got a good response from the audience. The film is expected to be a typical Koratala mark movie with a socially responsible concept wrapped in a commercial format.

Apart from co-producing, Ram Charan is playing a crucial role in this film. The shooting is expected to restart soon and the ‘Rangasthalam’ hero is gearing to complete his part in ‘Acharya’. But Charan’s role reportedly has a heroine in this film. Previously, there were rumors that Kiara Advani would be playing this role but recent reports suggest Kannada beauty Rashmika Mandanna’s name.

It is to be seen which lucky lady becomes a part of this prestigious project. Megastar Chiranjeevi will be seen playing two shades in this film and Kajal is the heroine beside him. Mani Sharma is composing the music for this big-budget flick which is expected to hit the screens during the summer season next year.