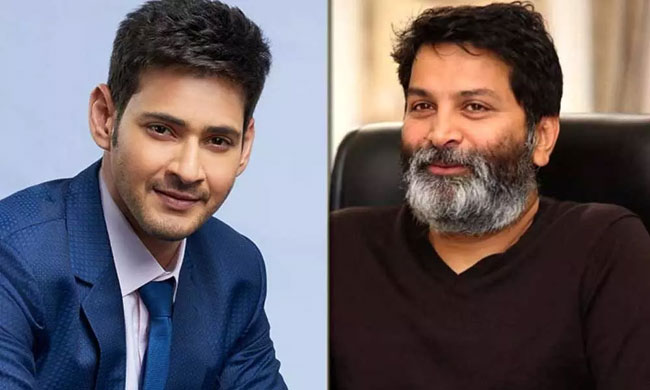 Trivikram might have finished all the pre-production works of his next film. It is evident that Trivikram after the blockbuster film ‘Ala Vaikunta Puram Lo’ is now all set to direct young Tiger NTR once again. Previously, Trivikram and Jr. NTR have worked together in the hit film ‘Aravinda Sametha Veera Raghava’.

The recent news we hear from near and dear of Trivikram is all about his collaboration with the superstar Mahesh Babu yet again! It is evident that these two got a big gap but recently news sources said that everything got sorted and Trivikram is said to have narrated a script to the superstar which was immensely liked by the later and asked the director to finish it so that they can collaborate soon!

Now the latest sources say that Mahesh Babu is pampering Trivikram to just finish his film first instead of wasting time for NTR. It is evident that no one knows when NTR comes out free from his shoot of ‘RRR’ of Rajamouli. Though the news is just a speculation, the matter is that the talented Director should not waste his time in waiting for a star when he has the prime opportunity from the other stars! It remains to be seen how things unfold for this great combo!

It is evident that Trivikram has given two hit films ‘Athadu’ and ‘Khaleja’ for Mahesh Babu. It has been a dream project for all the superstar fans in this combination!