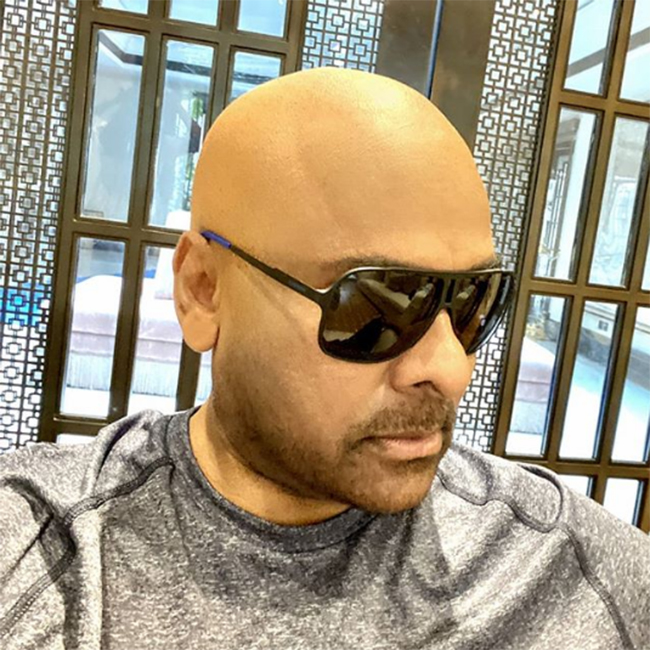 The urban monk look of megastar is trending big on Instagram, in the pic the megastar has shocked all with his tonsured look. While we doubt the progress of ‘Aacharya’ film, it came as a sudden shocker from Megastar Chiranjeevi.

While specilations revealed that he is just making sure to match the looks of Thala Ajith Kumar from the original Chiru has other plans says a latest source. Few opine that the star may not participate in any shoot in these days up to year end and thus he tonsured his head to get relief from the regular look he has been carrying since ages! Well Chiru only can reveal the suspense to his fans!

Charan and many other celebrities have expressed their shock and surprise over the mega new look.

It is known that forgotten director Meher Ramesh has finished the script for the remake and soon after ‘Aacharya’ megastar would join the shoot of ‘Vedhalam’ remake.

The Thala Ajith starrer ‘Vedhalam’ became a blockbuster due to sister sentiment and as Ajith carries the bald look many fans hoped megastar doing the same!