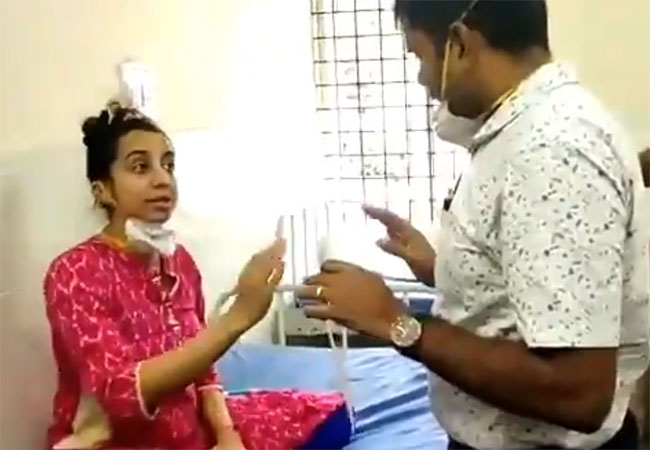 The Central Crime Branch of Bengaluru (CCB) who is probing the drug case, took both the actresses for blood tests after taking permission from the court. But, Sanjjana dramatically refused to give her blood samples for a dope test.

In a video surfacing on the Internet, we can see the actress arguing with the cops citing her fundamental rights.

“It is my fundamental right to say no to undergo any test, my lawyer has to tell me about these tests. You have made me bakra by bringing here. There is no evidence against me, why have you brought me here, I want to know the reason. Nobody has got any rights to argue with me, I have not done any mistake, if I had called someone over the phone, it is not any fault, so I won’t undergo a test,” she said.

Guess like #CCB sleuths are having a tough time investigating the #SandalwoodDrugScandal case with the actor .@sanjjanagalrani refusing to co-operate with the authorities. Here’s what happened today. #Sanjjanaagalrani #SanjjanaGalrani #sanjjana #CCB #invwstigation #drugs #tests pic.twitter.com/akDtAMlVaM