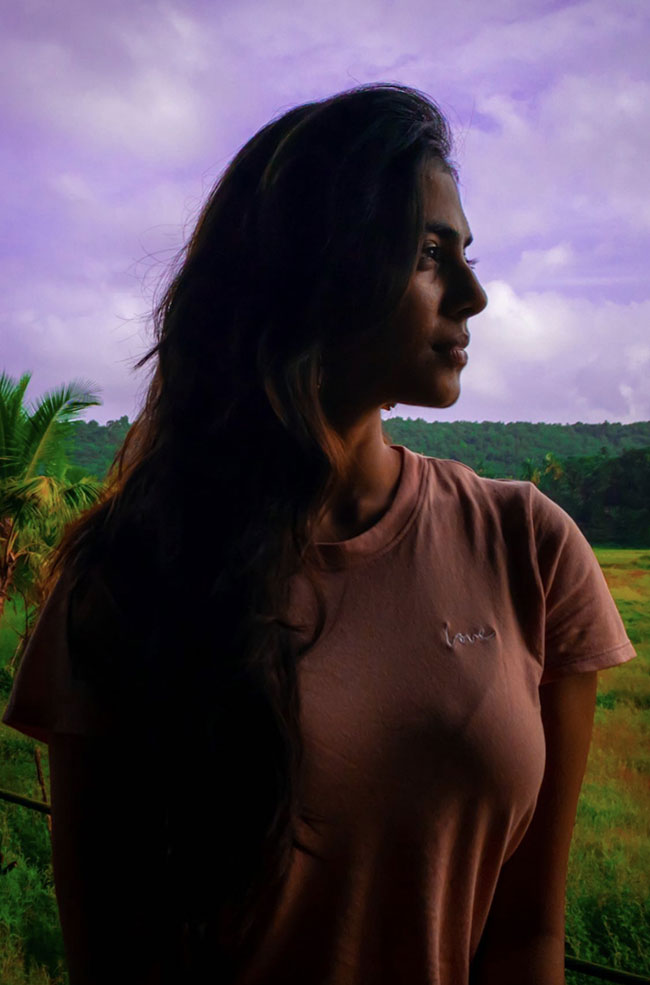 Dusky beauty Malavika Mohanan who usually scorches up the heat on social media with her ultra-glamorous and steamy photoshoots on social media has come up with a cool and casual click.

It looks like the Kerala beauty is back to her hometown as there are no shootings as of now. She is seen enjoying the beautiful sunset with a lot of greenery in the background. With a casual pink shirt on, Malavika is looking charming as always in her no-makeup look. She let her hair loose which adds to the exquisite look. The photo looks like a painting and is sure to bring a positive vibe in your mind.

Malavika is awaiting the release of her upcoming film ‘Master’ where she will be seen romancing Tamil star hero Vijay. This was supposed to be her entry ticket to big league but the film is getting delayed for unfortunate reasons. She did a couple of Malayalam films before making her Bollywood debut with ‘Beyond The Clouds’. She did a brief role in Rajnikanth’s ‘Petta’. The sizzling beauty is yet to make her Tollywood debut.