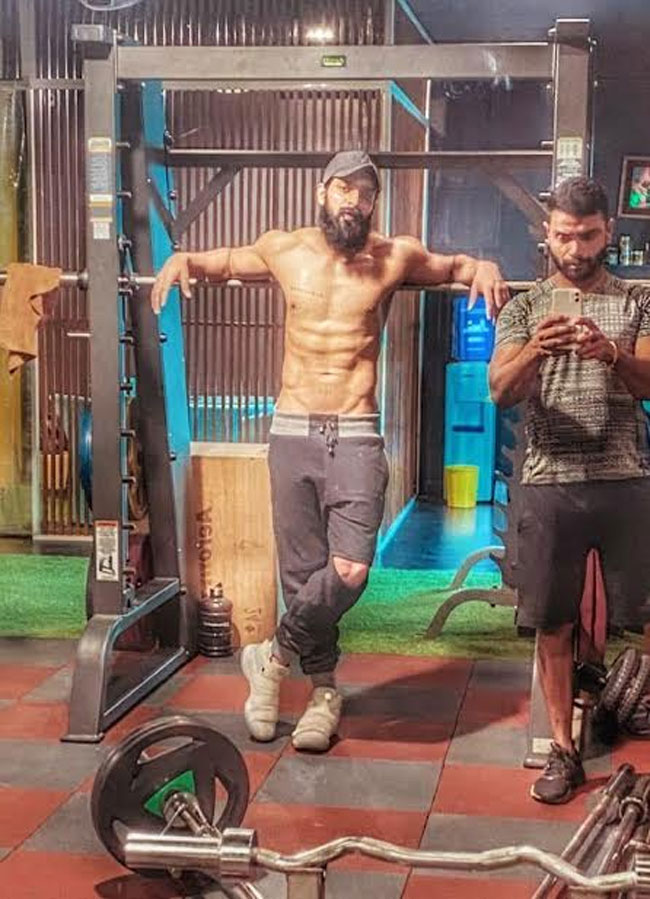 Young hero Naga Shaurya is trying hard to come out of his lover boy image and impress the audience with his action films. His last outing ‘Aswathama’ ended up as an average flick and the ‘Chalo’ hero seems to have put the past few months to good use.

He uploaded a picture a few hours back in which he confidently goes shirtless and shows off his six-pack abs. Shaurya looks handsome with his chiseled body and ripped muscles. He appears to have grown a thick beard and went for a rough look. He gives due credit to his trainer as he writes, “when it comes to body, Trainer matters.” Surely, Naga Shaurya gave some serious fitness goals to all the youngsters out there.

His fans are expecting to flaunt his well-sculpted body in his upcoming film too. He is seen shirtless in the first look of his 20th film too.