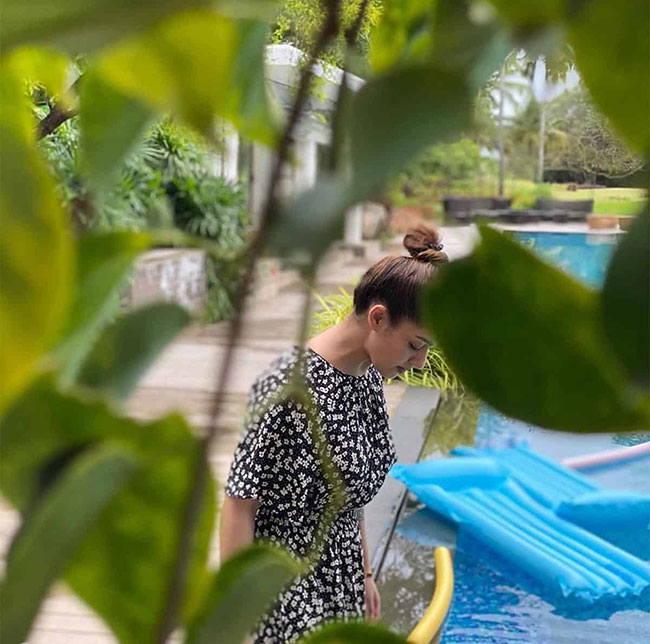 Actress Nayanthara has her career going in a full swing. She has already acted in almost all of the southern languages and covered all the big actors. Her professional and personal life is full of colours with her boy friend and Director Vignesh Shivn.

The actress is sharing her vacation stills on social media regularly. Very soon after her Goa trip, the actress has headed up to USA and is enjoying at her favourite Holiday destination after a gap of 6 months that too in these crisis days!

Yes,the actress has never denied the rumours on her dating Director Vignesh Shivn. It is after so many heartaches she found Director Vignesh Shivn and while acting in his movie ‘Naanum Rowdy Thaan’ she fell in love with him. This was a secret until then but once it got revealed on social media these two love birds started touring the World together.

Of late, there were rumours from Kollywood about Vignesh-Nayan marriage. Vignesh’s parents are forcing him to get married and settle down. It is believed that Vignesh even asked Nayan to take a decision on tying the knot for which she was still citing her film commitments!