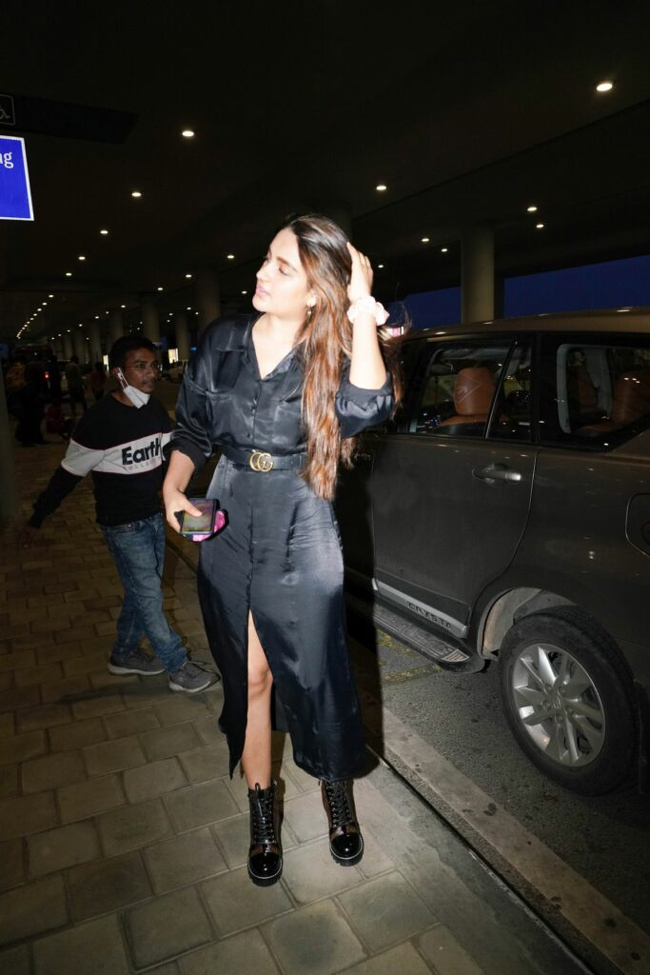 Tollywood actress and the ‘Ismart Shankar’ beauty Niddhi Agerwal is showing all her talent in being different from others. The actress has not posted any fitness video like others so far. The social media is abuzz asking Niddhi to gift then a glimpse!

Recently the actress landed in the Hyderabad Airport to resume the shoot of her upcoming films. In these pics the actress looked elegant and stunning in the long black coat. The shine in her face even in the night is just to watch for!

Earlier she revealed that she is honing her acting skills with an online course from the NYFA-New York Film Academy. The actress also learnt Script Writing and Direction via Master Class, a major online course provider of the USA.

Niddhi Agerwal would join the shoot of Galla Ashok’s debut film directed by Sriram Adithya once the crisis eases. She is acting in couple of films like ‘Bhoomi’ alongside Jayam Ravi and ‘James’ with Puneeth Rajkumar . With these films she is also set to venture into Kollywood and Sandalwood respectively. Once these films become hit she would become a star heroine down south.