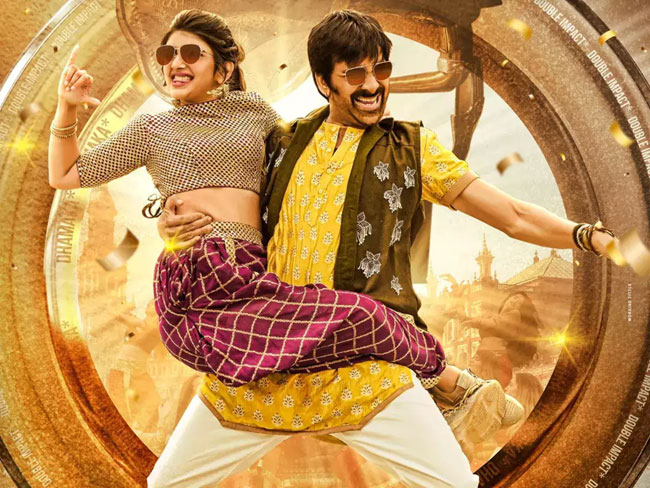 The team of Mass Maharaj Ravi Teja’s upcoming film ‘Dhamaka’ released two songs and a small glimpse till date. While they received a good response from the audience, the makers are not focusing on the promotions and this is affecting the box-office prospects of the film. The two mass songs definitely generated a buzz but it faded away completely as there has been no update from the film’s unit after that.

Fans of Ravi Teja are curious to know whether ‘Dhamaka’ is arriving during the Diwali festive season or not. Maybe the makers are under the illusion that the film has a huge hype and they don’t need any kind of promotions separately but the fact is that people are not fully aware of a film named ‘Dhamaka’. Thanks to the speed of Ravi Teja who is releasing one film after the other in quick succession irrespective of its result, there are reportedly a few people who think that ‘Dhamaka’ has already been released.

Not just the fans but the regular movie lovers are also suggesting the makers to concentrate more on the promotions and release updates regularly in order to stay in the news till the movie hits the screens. The release date of this film is yet to be announced. Young and glamorous girl Sreeleela will be seen romancing Ravi Teja in this flick.

Dhamaka comes up with an interesting tagline of ‘Double Impact’. Trinadh Rao Nakkina’s long-time associate Prasanna Kumar Bezawada has penned the story and dialogues for this movie while Bheems Ceciroleo is the music composer. Karthik Ghattamaneni is the director of photography while Ram-Lakshman masters are the action choreographers. It is directed by Nakkina Trinath Rao who made movies like ‘Cinema Choopistha Maawa’, ‘Nenu Local’ and ‘Hello Guru Prema Kosame’ before.

Ravi Teja who is suffering with back-to-back flops like ‘Khiladi’ and ‘Ramarao On Duty’ is looking to give a proper comeback with ‘Dhamaka’ which promises to be a highly entertaining commercial flick.