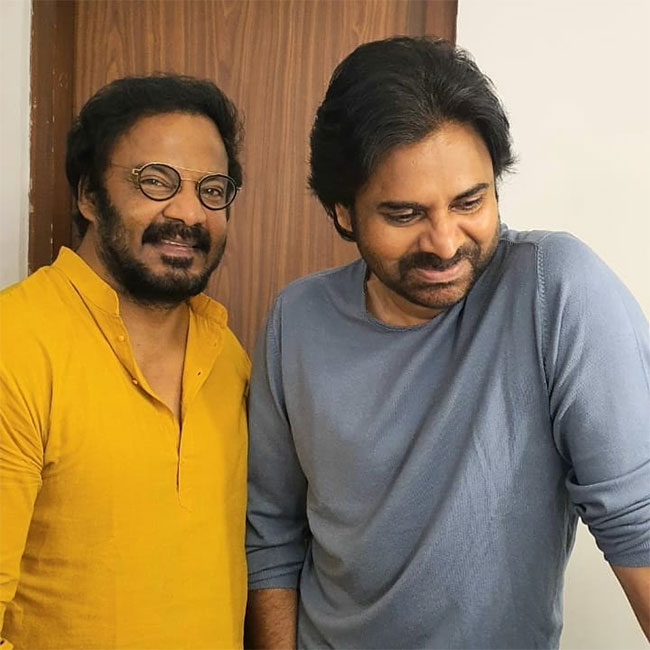 Actor-turned-politician Pawan Kalyan enjoys a huge craze among the youth audience and his fans often try to follow his looks and style he shows on screen. However, Pawan’s off-screen looks appear quite in contrast to the onscreen looks.

Pawan Kalyan doesn’t pay much attention to his off-screen looks. Powerstar who sports a long beard usually, surprised everyone with his new slim and trim look.

Powerstar’s new pic with his dear friend and Art Director Anand Sai went viral on social media. In the viral pics, the star can be seen with a trimmed beard and short hair.

Other than this, Powerstar has other films in Pipeline. For his 27th film, he has joined hands with Krissh for a periodical drama. Harish Shanker, who gave Pawan Kalyan a memorable hit Gabbar Singh will direct PSPK28.