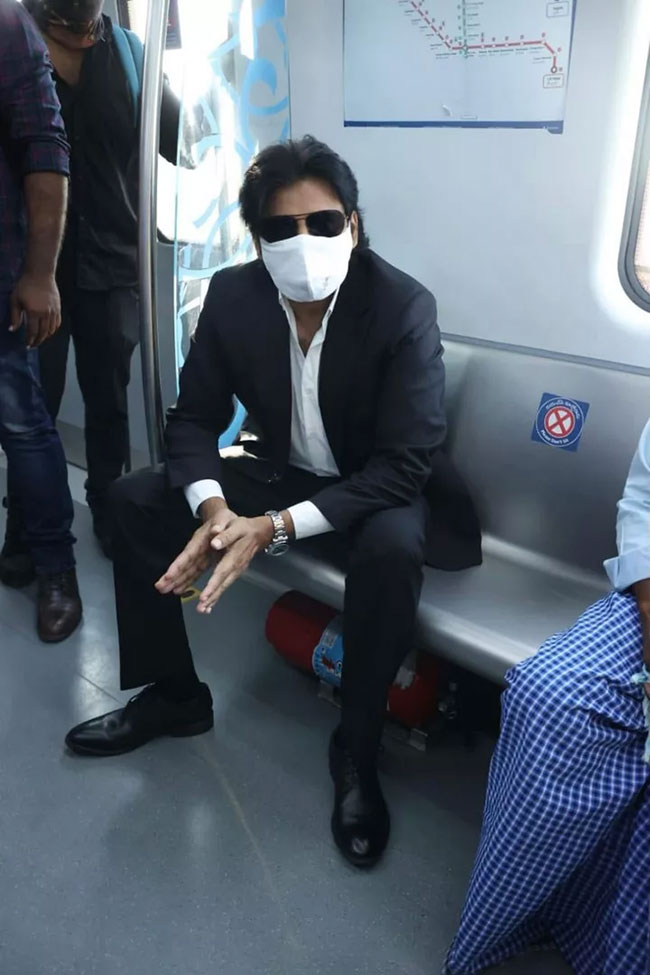 Powerstar Pawan Kalyan is full of surprises. You cannot predict his next movie either in real life or in movies or in politics. The star hero is currently working on his comeback film ‘Vakeel Saab’. The shooting is expected to wrap up in the next couple of weeks and Pawan will be seen as a lawyer in this remake of the Hindi hit film ‘Pink’.

Known for his simplistic nature, Pawan decided to take a metro ride. The ‘Khushi’ star along with some of his staff went to the metro station and took a metro to reach his destination. During his journey, he even had candid chat with his co-passengers. People who thought it was another regular metro ride had a huge shock witnessing Powerstar traveling by their side.

Pawan looked dapper in the suit. Seems like it is going to be his look in ‘Vakeel Saab’. He put on a black coat on a white shirt along with a face mask. With his trademark cooling glasses on, he is handsome as ever. Fans are happy to see their hero back on sets and being active.