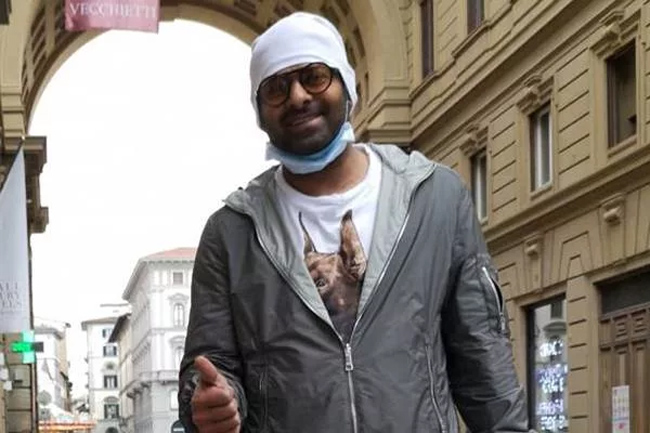 Star hero Prabhas got national level craze with ‘Baahubali’ and he got a good fanbase in North India as well. He is selecting scripts quite carefully as he needs to cater to both South and North audience. He is currently working on a romantic drama titled ‘Radhe Shyam’. The schedule in Italy was wrapped up recently and Prabhas came back to Hyderabad began the shooting in the specially erected sets.

Amidst the hectic schedule, reliable sources say that Prabhas is off to Mumbai this weekend. He is reportedly meeting Om Raut, the director of his next film ‘Adipurush’. The ‘Tanhaji’ directed will be giving a detailed narration of ‘Adipurush’ and the script is expected to get locked after this session. Apart from that T-Series who is producing ‘Adipurush’ is only going to discuss some more scripts.

After spending the weekend with Bollywood makers, Prabhas will be returning back to the sets of ‘Radhe Shyam’ from Monday and resume his work. The team of ‘Radhe Shyam’ is working at a brisk pace in order to make the film ready by next year’s summer. Radha Krishna Kumar is directing this flick while Pooja Hegde will be seen romancing Prabhas in it.