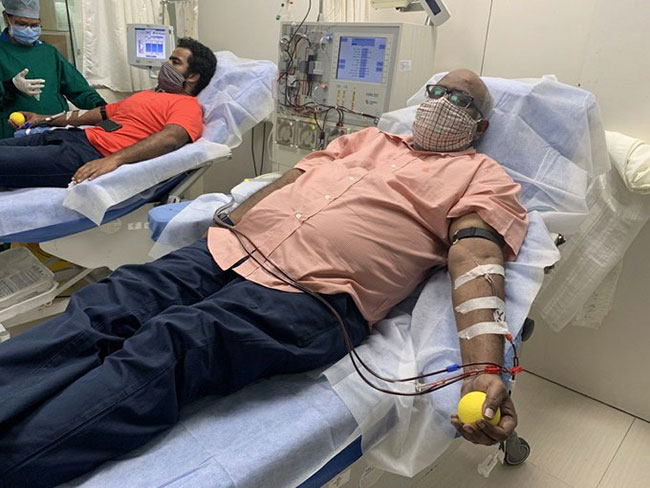 It is known that renowned director SS Rajamouli and the rest of his family were infected by the Coronavirus and with proper care, the entire family recovered from it. At that time, he promised that he will be donating the plasma as soon as he is healthy again but he couldn’t donate it now.

Explaining the reason, Rajamouli took to Twitter and wrote, “Tested for antibodies.. My igG levels are 8.62. They should be above 15 to be able to donate. The antibodies that develop stay in our system for a limited period of time only.. I request everyone who are cured from #Covid19 to come forward and donate. And become a life saver..”

He posted a picture of MM Keeravani and his son Bhairava donating the plasma today. They reportedly have sufficient antibodies in their body which made them eligible to donate plasma. On the work front, Rajamouli is making moves to start the shooting of ‘RRR’ once again but with not more than 50 members allowed in the shooting spot, it would be tough for Rajamouli & Co to make a film like ‘RRR’ needs a lot of crew present on the sets. This film was supposed to release next year.