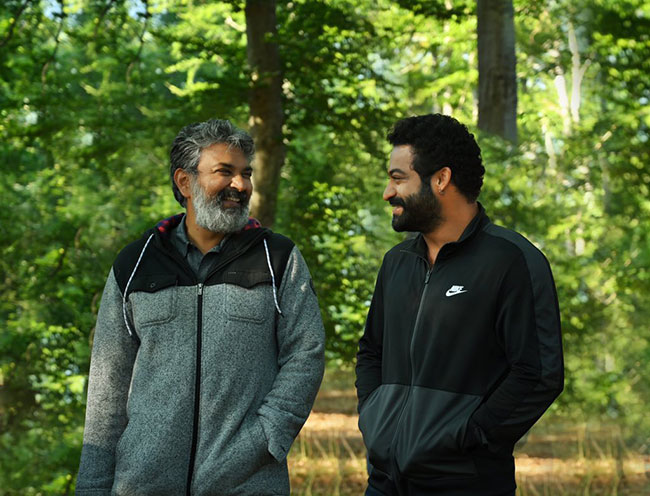 The duo of ace director SS Rajamouli and star hero NTR is one of the most successful combinations in recent times. Tarak was Rajamouli’s first hero and Rajamouli’s film was Tarak’s first hit. They gave super hits like ‘Student No 1’, ‘Simhadri’ and ‘Yamadonga’.

They are more than just a hero and director. They are very close friends who share a great camaraderie. After ‘Yamadonga’ which released back in 2007, they teamed up once again for a gigantic film ‘RRR’. It is a multi-starrer featuring NTR as well as Ram Charan. This one of the costliest films made in the country and NTR will be seen as freedom fighter Komaram Bheem.

After a long break, the crew is back on sets and they released a video showcasing that they starting working at full speed once again. A recent picture came out where NTR and Rajamouli are seen having a casual chat in the forest. With their jackets on, both Rajamouli and NTR are seen laughing and this candid moment is now going viral. Isn’t it nice to see good friends hanging around and having some good time together and laughing out loud?