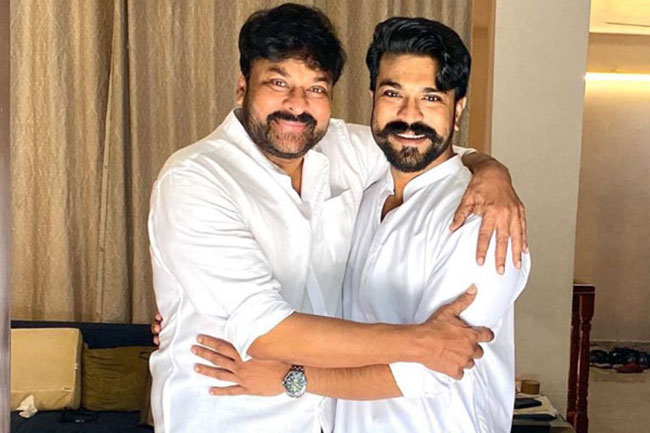 It is evident that Megastar is working in the film ‘Aacharya’ in the direction of Koratala Siva. The star said that he is playing the role of Professor who fights for saving the natural resources in the film who is also a Naxalaite in his past.

The megastar added that he loved the addition of commercial setup to this novel plot and couldn’t stop from praising Korata Siva’s writing capabilities. It is evident that Koratala would have a political drama in this film as well like his previous outings.

On the other side, The Tollywood Megastar is adamant on remaking the Malayalam blockbuster ‘Lucifer’. The movie is also a political thriller.

Not only that Ram Charan has made a good lineup of films for his dad as his return gift when he has foreseen all the films in the beginning for Ram Charan until he attained star status!

Chiranjeevi to the fans surprise has back to back political thrillers to entertain his fans in the coming days. Moreover he has good Directors like Bobby and Vinayak in the immediate projects which proves meticulous planning of Ram Charan for his Dad. Hope he scores a mega hit unlike his real political life!