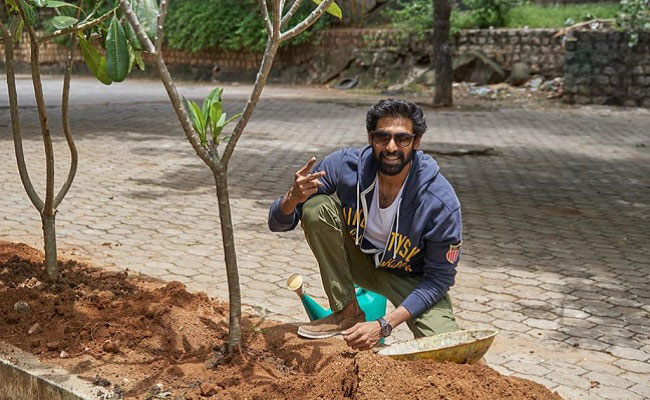 Rebel Star Prabhas has become the Nation’s favourite with ‘Bahubali’ franchise. The actor has recently started this year’s Green India Challenge with TRS MP Santosh Kumar by planting a sapling in his home. prabhas has nominated his friend and Bhallala Deva Rana in this challenge.

Rana on the latest has posted a pic of him doing the green India challenge. He has planted a sapling in his residence and said that he finished his challenge to his sweet hearts Prabhas and Shruti Haasan. He thanked them for nominating him in this challenge.

Prabhas is strictly concerned about health first and then the rest. He has recently finished some part of the shoot in Prabhas #20 film in Georgia. Rana on the other side is enjoying the much needed break with his love of life Miheeka Bajaj whom he married recently.