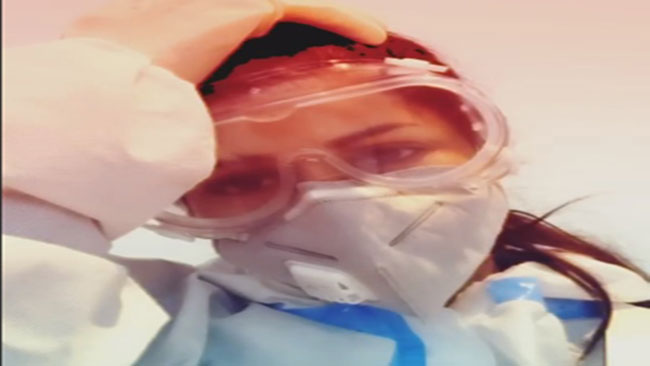 The long-legged beauty of Tollywood, Lavanya Tripathi is still waiting for a golden chance to resurrect her falling Telugu Cinema career. It is evident that she started with small films and landed in big movies.

Now the actress has finally reached her home after 6 months since January. She said that she believes in individuality and has come from home at the age of 16 years itself to find her passion in life.

Apart from charity and societal activities, the actress is busy attending online workshops for her role in her upcoming film with Karthikeya ‘Chavu Kaburu Challaga’. She is very much waiting to join the sets soon but still stresses on the safety of everyone and prays that this crisis time ends soon!

She has acted in few films like ‘Arjun Suravaram’ which gave relief to her career recently. The actress is busy playing the role of a hockey player in Sundeep Kishan’s film ‘A1 Express’.