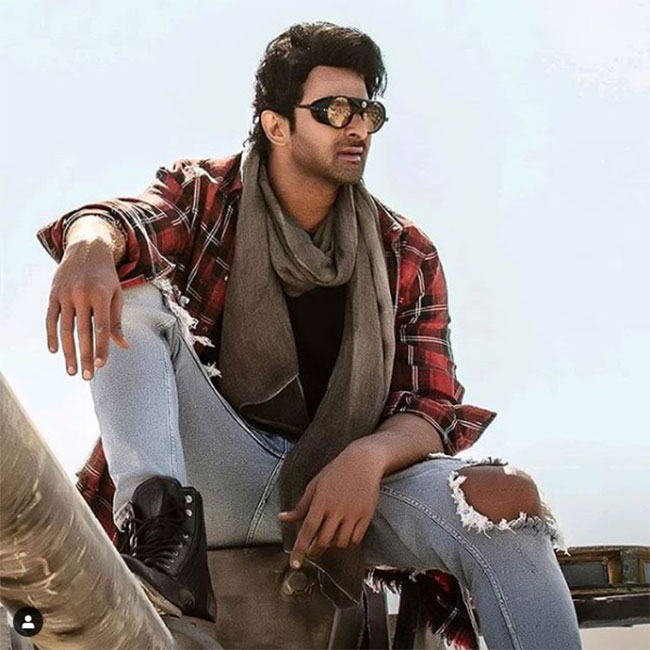 Tollywood’s handsome macho man Prabhas has got a national-level craze thanks to ‘Baahubali’. The North Indian crowd was amazed by his looks and screen presence in the Rajamouli film. His next film ‘Saaho’ earned profits in the North despite a below-average talk speaks volumes about his craze. Now, he is planning huge pan-Indian projects.

His upcoming film ‘Radhe Shyam’ being made in Hindi and Telugu apart from getting dubbed in Tamil, Malayalam and Kannada. The same goes for Nag Ashwin’s film in which Bollywood star heroine Deepika Padukone is the female lead. He recently announced a humongous project with Hindi director Om Raut titled ‘Aadipurush’. While the future is looking bright for our onscreen ‘Chatrapathi’, the main concern among everyone is whether the Bollywood biggies allow Prabhas to grow in the North or not.

There is a serious accusation among the people that big families of Bollywood suppress the outsiders. The huge discussion of nepotism in the media proves it. Other heroes who come from the South tried to create a market in the North earlier but failed to succeed. With nepotism talk getting stronger every day, fans are wondering if Prabhas who broke all their records with ‘Baahubali’ will be welcomed in Bollywood or not.

The Hindi critics have given poor ratings for ‘Saaho’ which are way worse than what it deserved. With three big pan-Indian projects coming from Prabhas, we need to see how the Bollywood gang treats him.