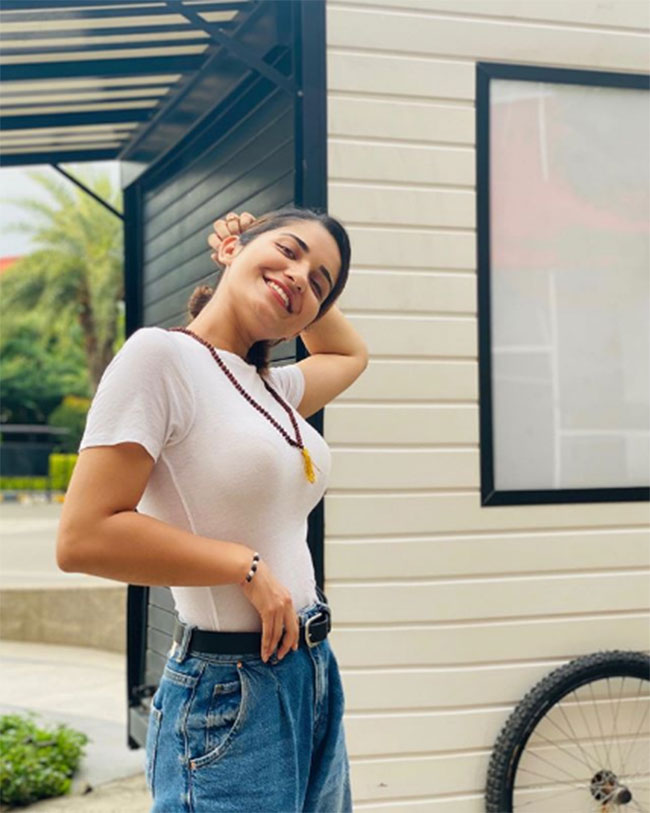 Young and talented actress Ruhani Sharma who impressed the audience with her strong acting skills in Sushanth’s ‘Chi La Sow’ recently got her second success with Vishwaksen’s ‘HIT’. She managed to make her presence felt with her dazzling avatar despite her minor role.

It was already reported Srinivas Avasarala and Ruhani Sharma are teaming up for a comedy entertainer titled ‘Nootokka Jillala Andagadu’.

The film is directed by debutant Sagar Rachakonda and produced by Dil Raju, director Krish and Rajeev Reddy. During the film launch, the makers revealed that Srinivas Avasarala also contributed to the story of the film.

According to the latest reports, the movie unit has started the shooting in Hyderabad with a very limited crew. The crew is taking all precautions against the backdrop of coronavirus. The set is frequently sanitized and everyone is wearing the protective equipment while undergoing the shooting. More details are awaited.